Diego Hauptman, Brazilian/Argentinean, graduated in Philosophy by the Universidade Federal do Paraná – UFPR, photographer, musician, multi-instrumentalist specialized in strings, Indian Classical Music (Sitar) and devotional singing. Mr. Hauptman has been developing research converging philosophy and music since 1998. He has trained Indian Classical singing under the guidance of the renowned vocalists: Meeta Ravindra and Ratnabali Adhikari. Diego has produced and directed the Upanishads music band, releasing their first CD in the year of 2006 and in 2010 released his own solo CD named Nada Yoga. In 2012 Diego performed at the Mostra Mudra at the CCBB in Rio de Janeiro, along renowned artists of the national Indian Music scenario as well as international exponents such Sri Chitravina N. Ravikiran. He was also appointed as the Sitar Teacher for the ICC in São Paulo.  Mr. Hauptman so far has learned the art of Sitar playing from Mr. Abhik Mukherjee, Mr Ramprapana Battacharya, Mr Subhranil Sarkar, Ustad Shujaat Khan, and Ustad Shahid Parvez, all representing the Etawah/Imdadkhani Gharana. Currently Diego is studying flamenco guitar with Maestro Rafael Cañizares and is also composing soundtracks and electronic music. Mr. Diego Hauptman is the Vice-President and Executive Director of Mundaka Arte & Cultura. 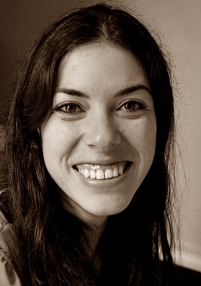 Virginia Hauptman, Brazilian, graduated in Biological Sciences by the Universidade União das Américas no Paraná – Uniamérica in 2005. Ms. Hauptman was appointed as biology teacher for higher education at Uniamérica from 2006 to 2007. She was the reception supervisor at Hermitage Hotel in New Zeeland from 2007 to 2010 and assistant manager at Mount Cook Backpacker and Lodge from 2010 to 2011.  Also Virginia is a tourist guide authorized by Paranatur and presently guides groups for the Martin Travel Service/Convênio Turismo in Foz do Iguaçu (Iguaçu Falls). Ms. Virginia Hauptman is the Director of the Supervisory Board of Mundaka Arte & Cultura.

João Celso de Andrade, Brazilian, graduated in Tourism (Turismologist) by Unioeste in 1989, has been trained as a tour guide by SENAC and has worked for four years in hotel management in the tourism industry in New Zeeland. Presently Mr. Andrade owns his own company guiding tourists at the city of Foz do Iguaçu (Iguaçu Falls), one of the most visited touristic places of the world. Mr. João Celso de Andrade is the Second Assistant of the Chairman of the Supervisory Board of Mundaka Arte & Cultura.

Hugo Antonio Hauptman, Argentinean, photographer licensed by the Associacion de Fotografos Profesionales de La República Argentina, also trained in photography by the Associación Del Amigo de La Astronomia da cidade de Buenos Aires, Argentina. Mr. Hauptman has been an entrepreneur in the field of Photography since 1978. Mr. Hugo Antonio Hauptman is the First Assistant of the Chairman of the Supervisory Board of Mundaka Arte & Cultura.